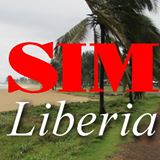 SIM’s ministry began in Liberia in 1954 with the establishment of Radio ELWA (Eternal Love Winning Africa). Eventually, Christian programs in 45 languages were broadcast throughout Liberia and its neighboring countries. ELWA Hospital opened in 1965, and in 1976 missionaries began planting churches in outlying areas. The ELWA Academy served the schooling needs of the missionary community in Liberia. However, in 1996, after the third evacuation of all SIM missionaries and vandalization of the properties in the civil conflict, SIM missionaries did not expect to be able to return.

Liberian employees of ELWA carried on the work at ELWA Hospital and Radio, supported by a few SIM missionaries until the civil war ended in 2003. Since then, more SIM missionaries have returned to continue developing the ELWA ministries.

SIM Liberia’s church partner is the Evangelical Church of Liberia, which was first formed in 1997. It is a fellowship of over 100 congregations in 7 of Liberia’s counties.